Spring Fling of the Mind... How About a Re-Post? 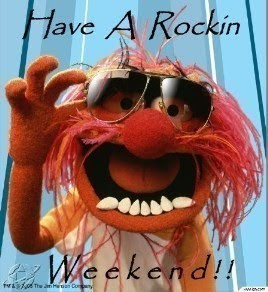 I used to blog on Myspace a lot and since I'm dog ass tired this evening and getting ready for bed, I thought I would give you a re-run from the wayback machine.  One of my favorites even though I've been out of the bar business for a year next month.  After reading it, I do wonder what every happened to Jack?  Such a sweet guy that I will always remember.

------------------------------------
As a bartender, the chances of meeting the most interesting people in the world increases with every shift that you work.  Especially if you are working in a neighborhood tavern that is pretty quiet except for the occasional burst of laughter from a table in the dining area.  I love the tavern that I work at.  For many other reasons than just the environment and the history.
There is an older man that comes into my place about twice a month.  I would estimate him in his seventies as he showed me a photo of himself in the quartet that he sang with in 1974.  Evendentally they had toured all over the world and were quite popular as far as quartets go.
He always comes in during dead time.  Between 2pm and 4pm.  After the lunch crowd and before the after work crowd.  When there are usually very few patrons in the bar and he can receive the most attention and conversation.  His stories are really cute.  I sometimes catch myself wondering if it is truth or fiction.  Did he really do that or is it just a good story to tell when you are killing time?
His name is Jack.  I’m not good with names but he gave me a good way to remember it.  “If you ever see me at the airport, you can’t say hello to me without getting tackled.” he smiled.
I get it.  Say it out loud once and you will know what I mean.  “Hi Jack!”
Jack is right.  I’ll never forget.
The first time that I met this interesting man, he sang to me.  Jack does that with all the ladies.  Serenades them with old songs such as “You Got me Under Your Skin” and other classics that all of us have heard at least once.  Unless you live under a rock or in a cave.
Jack is very dramatic when he sings.  Looking you right in the eyes, it is like he is trying to peer into your thoughts to tell if you like his song at that moment.  Don’t look away or he will say something to you.  He is taking the time to entertain you so you should pay attention.  And honestly, he’s right.
Vegetable soup is his favorite meal.  He takes eight pills a day.  Most are preventative, he’s in pretty good health with the exception of congestive heart failure.  He takes an aspirin and a vitamin every day.  Those count as two of the eight.  He has been married twice and his wife is still living.  I even know where she works and where he is retired from.
Jack, as I, believes that hugs are good for a person’s spirit.  We agree on our opinions of the car industry bailout.  We also agree that there will probably be a cure for cancer but we won’t see it because unfortunately the medical industry makes too much money.  A cure could reek havoc with hospitals and doctors.
He smiles a lot and is very polite.  A genuinely nice person with three children… two boys and a girl.  Jack thinks that grandchildren are amazing and that no one realizes just how amazing they really are until it happens to them.
He knows composers.  He will sing you a song with a smile and then ask you who wrote it.  If you don’t know (and usually I don’t) he will tell you.  Most of the songs were sung by Frank Sinatra and were composed by a man from Indiana… although ironically enough the name escapes me at the moment.
As he was leaving today, he told me to have a nice life.  A little surprised by that statement I looked into his eyes.  Seawater blue as always, a little bit of the spark was missing.  It worried me for a moment and I told him; “Nice life?  What about see you next time?” and smiled at him.
He stayed for a few more minutes and that’s when he showed me the picture.  He keeps it stored in an old book written by Robin Cook, one of my favorite authors, which I thought was a bit ironic.  We chatted again until it was time for him to go again.
Jack gave me a little piece of advice before he left.  “Always do what makes you happy.  Otherwise you are just putting your time in and what fun is that?”
I watched him through the window walk down the sidewalk into the parking lot and all I could think about was what an interesting life this man has led.  So much time had passed between today and the day he was born and he never wasted a single second.
What an interesting person.  Hopefully someday if I'm lucky enough, someone will feel the same way about me.  Minus the singing of course.  :)