The Past Few Weeks in a Nut Shell... 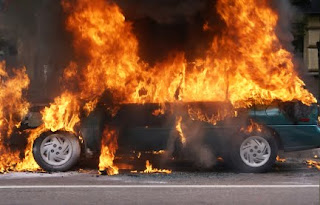 I swear that sometimes I just plain and downright want to light a match and set my car on fire.  Trouble is, I'm out of hot dog buns at the moment and a few candy bars short for smores so there would be no real fun in it.  It's my own fault for neglecting the poor thing's basic needs.  Like being started and driving it.  Heck, to give you an idea how long it has been sitting, it's on 3/4 of a tank and the gas that is in it only cost $3.12 per gallon.  But I promise if I do torch it, I'll tape it.

So... as I see it, and correct me if I'm wrong. Bin Laden is sleeping with the fishes (burial at sea, priceless.).  Obama gave up his birth certificate (He should have done it a lot earlier and been all "IN YOUR FACE" with it.  Geesh!  How much time did he waste with that one?). One of Charlie Sheen's "Goddesses" was convicted of DUI (Yeah, how the fuck does that make the news? WHO CARES.).  Gas is over $4 per gallon (Now that's just bullshit!).  The US is occupying God only knows how many countries around the world now (Cause we are right ALL the time ya know).  Gold is a "hot" investment (Yes, it sure is.).  Our economy supposedly sucks but there aren't any parking spots anywhere near the door at a Walmart, even at 2am (Go figure.).  40 is the new 30 (thank God for that one because I'm hitting 40 next year and it would just KILL me. Pfft!).  Everyone was able to witness another royal wedding last week (Awww!) and they have brought back the Salad Spinner, only they have renamed it the Salad Chef (Like changing the name improves this yard sale staple piece of crap.).  It's been an exciting few weeks around the world if you ask me. 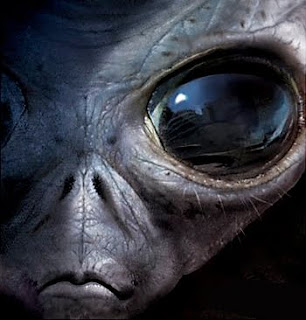 But you know what's missing?  Aliens.  You can't have the perfect ending to an entertaining few weeks without the f'n aliens.  I miss stories of alien abductions and sightings.  Aluminum foil hats and hearing the crazy come out in people.  Now THAT'S entertainment!

There's a late night radio talk show here in Indy that is geared around aliens and time travel.  Now I'm not knocking either one... really I'm not.  Ok, maybe just a little bit.  BUT I can't prove beyond a reasonable doubt that they don't exist just like no one can prove beyond a reasonable doubt that they do.  And save your freakin' videos because I don't want to have to go all Fact or Faked on ya.  It's just the way these people talk about them that cracks me up.  Sometimes to the point that I have to turn it off.  I'll try to tape a bit of it next time I catch it on.  It is PRICELESS.

Ok, well... that's enough of that foolishness.  I have to price a new fan and some other things that need to be replaced on my car because it's being neglected and I'm tired of driving the Explorer.  Doing the work myself because I want to, after I Google how to do it of course.  Hopefully whomever has written what I'm about to read knows what the hell they are talking about.  :)