It's All About the Bennies... Really. 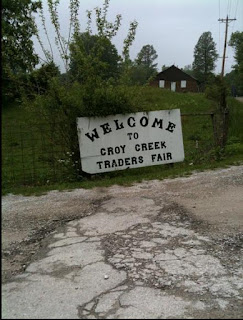 I would be eating Advil PM like they were Peanut M&M's except for the fact that I know exactly why I'm having trouble catching the Z's.  It's pure and innocent excitement.  Nothing more, nothing less.  You see, tomorrow (or later today) is the start of MY flea market season and Lanie loves flea market season like Sophie loves her hot dogs.

It's different strokes for different folks really.  Some people would absolutely dread the thought of getting up at the butt crack of dawn to lug boxes of junk... I mean stuff... into a truck then drive for an hour to unload the same boxes of whatever to set up a booth and turn themselves into a used car salesman of sorts for 48 hours.  Thing is, I LOVE that.  I love the aura of the flea market.  It's like Ebay on steroids and the people are a riot.  Especially if you set up at the right one.  It kinda reminds me of when I was a bartender.  The object of the exercise is the same but the poison is completely different.

Now it has taken me a while to find the right combination of things to peddle.  Originally I tried to sell what I like only to find out that flea markets aren't a great venue when people don't know your product.  I tried things like Longaberger baskets (at an amazingly LOW $15 to $30 price range) and random antiques that people had no idea what I was actually selling or really just had no interest in it.  My stuff was geared toward women instead of men or both and that was my first mistake.  So, if it doesn't work, you change it.

Now my inventory consists of some odd but popular antique things, health & beauty products, (some of the stash I've acquired from couponing freebies, selling at 1/2 retail price) rubber green frog pencil toppers, vintage glass and just a bunch of really random crap that I've picked up from my supplier seriously dirt cheap. A wide variety of stuff.  Literally something for everyone for every age from DVD's to denture cream.

Did I mention that I'm excited about this weekend?

Truth is, it's all about the bennies and the bennies are there for sure.  And the fun.  And the suntan that's going to ruin my hard work of staying out of the sun for the past 7 years unless Sweets and I are in Hawaii or on the Harley.  *sigh*

Anyway, that's what going on in Lanie's world right now.

T- minus 6 hours and counting.  I've officially traded in the church key for a price gun.  :)