The Hunt for Red Jumbo

You think he’s there. Lurking and sliding past you. He is silent, stealthy and yet so painfully slow. He has eluded you at every turn. Will his next turn be to starboard or elsewhere? Why are you so hard to find Red Jumbo? Why are you not in my garden? 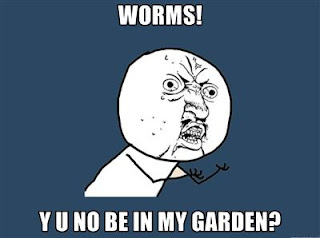 If you’re not sure what I’m talking about, we are talking about earth worms. Specifically the ones I refer to as the red jumbos or night crawlers. There are few sights more welcomed in your garden as a nice mess of worms. Gardeners know that worms are good for our gardens. However, have you ever wondered exactly why? Well, buckle up for a quick and dirty overview of worms.

Let’s start with the easiest part of the worm to identify with, its biology. Worms are cold blooded invertebrates that do not possess eyes, ears, nose, legs or teeth. They use four bristly protrusions called setae to help them move along. They wedge these setae against the burrow walls by contracting their longitudinal muscles. This provides an anchoring point for them to thrust forward through the dirt. Life as a worm is easy going and uneventful. Other than having to dodge the occasional bird or mole they don’t have many worries. They are completely surrounded by food, they poo where ever they please, and they are never homeless. Oh, and they don’t have to pay taxes. 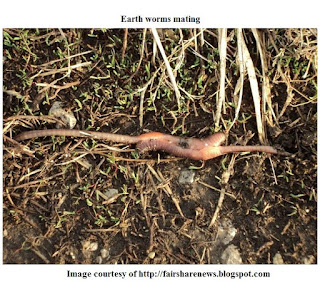 Perhaps the most interesting and least talked about part about worms is their reproduction. Did you know that worms contain both male and female reproductive organs? Yep, earth worms are hermaphrodites. How many advantages can a life form have? Just remember the next time a worm pisses you off and you tell it to go #^@% itself, it might very well take you up on that suggestion.

So what is it that worms do that is so desirable? There are multiple benefits of having worms in your garden. First they create burrows though the soil. This allows for increased aeration to support the growth of beneficial bacteria that speeds composting. The burrows also provide additional channels for water to reach the roots of plants. Secondly, as worms consume the bulk organic material in your soil where their digestive system further breaks it down. Many nutrients in your soil are not water soluble – thus unavailable to your plants. However, the worm’s digestive system transforms them into a soluble form that can be absorbed by the plants. Lastly, worms are motivated workers. They never get tired, they don’t call in sick, they don’t bitch about the boss and they don’t shoot the crap at the water cooler on Monday morning. 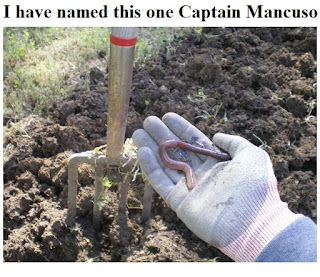 The best way to ensure your garden has a healthy supply of worms is lots of organic material. Let’s face it; there are only two things worms think about, food and sex. They might be hermaphrodites but they sure seem to behave more like a man in my opinion. As they say the fastest way to a man’s heart is through his stomach. The material that has boosted the number of worms the most in my garden is mulched leaves. Last year I used my convertible leaf blower to mulch up 230 gallons of leaves. The largest piece of leaf left behind was about the size of a dime. I put a real fine mulch on these leaves – this is important. I used my spade fork to turn the mulched leaves under the soil. This composted the leaves so well during the winter I could see steam escaping the ground. 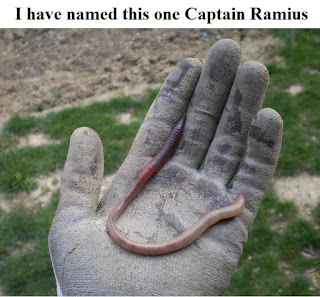 A few pointers to consider if you want more worms:
Make sure you have plenty of organic matter for the worms to eat.
Do not apply chemical fertilizers to your garden – that’s what the compost is for dummy.
Do not use pesticides on your plants – the runoff can kill the worms too.
Do keep your soil moist and loose – however don’t over work your soil. Over working the soil generally results in needless injuries to the worms.
If you don’t have any worms now, you can “spike” your garden with worms from the bait shop.
Worms are horny critters, so once established in a favorable environment they will reproduce like crazy.

That’s all for now. I hope some of this will help you in your quest to find Red Jumbo in your garden. It has done wonders for me.

So long for now and keep your hoe on the ground.