The Truth Will Set You Free... 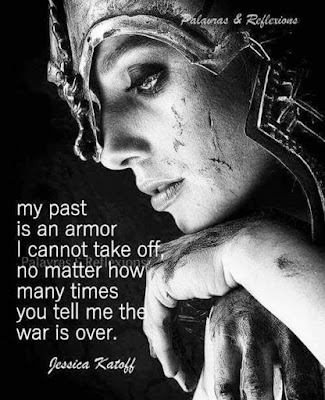 I have no idea if I will ever post this.  Part of me thinks it's a good idea to share my experience but then again, part of me really wants to keep it to myself.  On the flip side, I've always been open about things like this because it's LIFE.  It's part of living and I'm not the only one going through it.

The past couple of years have, in a nutshell, consisted of me quietly spiraling down a seriously dark rabbit hole.  I hid it from my friends and family and I hid a lot of it from Cory.  Even though we both knew something was going on with me, I didn't want to scare or upset him.  He's always been understanding of my quirks that were caused from past experiences and has been there when I would have what we call "a moment."  I've never believed that it was fair for him or anyone else to deal with my baggage.

If you know me outside the internet, you probably know that I've always had periods of time, some longer than others, where I stay away from people.  It takes a lot for me to trust someone.  I can be inconsistent as hell in a lot of things and oversensitive on a lot of things.  I'm also a control freak when it comes to my environment.  I watch reflections in windows and shadows when I'm out somewhere.  My perrefrial vision is sharp and I've trained myself over the years to actually pay attention to it.  I've been quite open about the problems that I've had over the past few years with continuing doing things that I love like my artwork.  Those things are just the tip of the iceberg and come to find out were symptoms of the bigger problem. 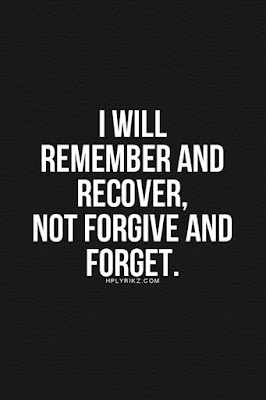 Picking up my phone and making that first phone call is one of the best things I have ever done and if I had known years ago what I know now, I would have done it a lot sooner.

My first appointment was long, emotionally brutal and exhausting.  It was also informative and comforting.  I learned that the things that I attributed to just being normal for me... aren't.  They are a result of different things that I went through years ago.

I learned that my exhaustion is a result of constantly being in a state of fight, flight or freeze.  When your body is in that state for years, you don't even realize it until it is brought to your attention.  I've been like that for so long that it became my normal.  I spent more time with my heart beating out of my chest and that feeling of adrenaline going through my body than not.  Every muscle in my body was so tense to the point that they hurt all the time.  I thought it was what I had to look forward to because I'm getting older but I was wrong.  That was my normal and had been for years.

The only way I was able to sleep was by taking a sleeping aid.  Sometimes it worked and sometimes it didn't.  I ended up putting ear buds into my ears and allowing music or movies to play on my phone all night.  If I didn't do that, I'd have horrifying nightmares.  I'm not sure how it worked but it did.  I would wake up multiple times at night and get up to check and make sure the doors are locked.  Sleeping was almost impossible which did nothing but obviously contribute to my exhaustion. 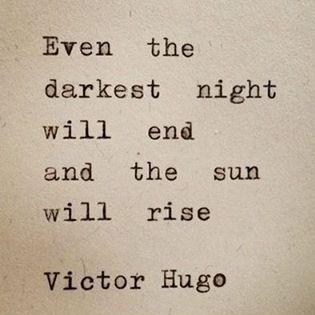 The weight loss, my anxiousness, zoning out, my anger. Becoming literally terrified at certain noises, songs, smells, and doing some very simple everyday tasks.  Going certain places was impossible.  Crying at the drop of a hat.  And the entire time, my mind is telling me that I'm OK, nothing is happening and nothing is going to happen but my body and brain completely disagree with my mind and I can't control it.  It is a horrible sensation.  Like when your brain tells your hand to make a fist but your fingers won't move.  It's a very odd disconnect between your body and brain.

I thought I was going crazy.  Come to find out, I'm far from it.  I have Post Traumatic Stress Disorder that has also developed into Anxiety Disorder and when I talk about my anxiety, I'm talking about full blown panic attacks that end up with me crying, hyperventilating and being in an extreme state of terror.

I'm not willing to go into too many details here, but I will say that it's the result of multiple traumas from my childhood and early adult years.

Truth is, I've had it for the majority of my adult life, I just didn't know it.  It explains a lot of the things that I've done in the past.  It doesn't excuse any of it at all but my reactions and the way I did things makes a lot more sense to me now.

I always attributed PTSD to war veterans.  A lot of people do... but it can develop in anyone that experiences a life threatening or life changing trama.  And it has happened to me. 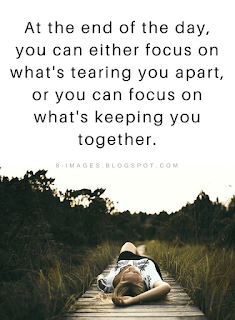 What escalated mine to where I am now was what I'm just going to call a bad encounter two years ago.  The result was me going into a full blown, terrifying anxiety meltdown.  I seriously felt like I was going to die.  I was completely safe and I knew it, but seeing that person threw me into what I now know was a horrid flashback.  Even writing about it makes my heart beat out of my chest and I'm sitting at home at my desk, safe and sound.  I'm not laying on the floor in an elevator hyperventilating, crying and terrified like I was on that day.  But I can still feel the terror.

Cory said that he lost me for a couple of weeks after that happened.  I was here but I wasn't myself.  I slept a lot and really don't remember much for the few weeks after that encounter and my melt down in that elevator.

That is my PTSD.

The therapist said that sometimes something can happen that will thrust everything to the surface and that's what happened to me with that encounter.  Everything that I'm experiencing is normal for someone with the types and numbers of traumas that I have been through.

No, I'm not a weak person at all.  Far from it.  I'm not looking for anyone's sympathy.  Understanding?  Maybe.  Sympathy?  Absolutely not because sympathy doesn't help anyone.  I have an excellent team of medical professionals that are working with me to help me learn to control this.  I also have Cory who has been 100% supportive, understanding and amazing.  Especially when it comes to brutal honesty and not treating me any different because of what we are dealing with.  Overlooking something just because of the PTSD isn't helpful in me learning how to control this.  He calls me out when I need it because I asked him to but he also has the ability to understands that some days are just a dumpster fire for me and he rolls with it when I just simply need him to.

There is no "cure" for PTSD.  Once you have it, you have it for life.  It can be managed but that's as far as it goes.

I'll probably be writing more about this IF I ever decide to post this because it has had such a huge impact on my life and always will.  I don't view it as and will never use it as a crutch.  It's part of who I am and has been the majority of my life.  Now that I know, I finally have the ability to take control of it the best I can and cross over the line from victim to survivor.

Personally, I really don't care what anyone thinks.  The people that matter will stand by me.  The ones that go were never really here to begin with.  I'm good with that because it's time for me to stop worrying about what other people think and start focusing on what I need and getting back to who I really am, but first I have to answer the questions...  Who am I now?  Who do I want to be from here on out?

I am on medication and it has really helped calm everything down a lot once it got into my system.  I know this sounds trivial as hell, but I was actually able to go to Kroger by myself for the first time in MONTHS recently without feeling like I was going to go into a mental meltdown.  I realize that sounds so simplistic but until I went into therapy and on the medication, my anxiety ramped my symptoms up to the point that they were life crippling.  It was an internal battle from hell for me to even leave the house with Cory.  By myself?  I ventured to the auction once and it was exhausting.  I was able to go to my mom's house.  Other than that, it wasn't happening without a LOT of internal fighting and fear.

That is one of the reasons why I try to make it a point to get out of the house and coupon something every day.  It actually helps me with two things.  I get out into the world and I have some sort of daily interaction with a stranger.  As dumb as it may sound, it's therapy for me and is helping me learn to manage this craziness.

PTSD is not a mental illness.  You aren't susceptible to it because someone in your family has it.  It's caused by trauma and can take months or years to develop.  I'll go more into that here maybe... eventually... along with some other things about it that shocked the hell out of Cory and I both.  Neither one of us had any idea how complex and horrific PTSD can be.

So... that's all for today.  It has taken me all morning and into the afternoon to edit this to the point where I can post it if I choose to and I'm drained from it.  Now that it's out in the open, it will be easier for me to get into my new normal.

I'm really looking forward to that.

I hope you are having a fantastic whatever day of the week this is!  :)