I've always had a sore spot when it comes to insurance.  I understand the reason why it is needed, bad things can happen to anyone.  I'm not a gambler when it comes to fate but every time I write the check it just feels like I'm paying for a "what if."  Or putting someone else's kid through college that I don't even know.  I've always felt like more times than not that it's a rip off.  But, it's a necessary evil just like water and electricity so I've lumped it in with the utilities on the budget sheet.

In my experience the worst of the worst is Progressive Insurance.  My recent dealings with them have made me want to print out Flo's picture and tack it to a dart board. 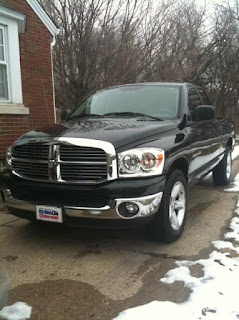 Sweets and I purchased a new used really nice Dodge Truck almost 2 months ago.  We had not gotten around to combining our insurance policies because it's smarter to wait until renewal time to just shuffle everything together because you NEVER get all of your money back if you cancel in the middle.  3 automobiles and a motorcycle can put quite a dent in the pocket if they aren't combined!

Sweets had been with Progressive Insurance for years and so his automatic response was to call them to add the new truck while we were at the dealership so we could wrap up the deal and go home.  It's not exactly the proper time to start shopping for insurance.  That time came when I got the bill.  Are you kidding me Progressive?  Your rates SUCK.

The policy for the truck was over $1,000.00 for 6 months and the coverage was garbage.  One step up from the state minimum on full coverage with a $500 deductible on comprehensive (not a bad choice for that deductible).  It was a crap policy for WAY too much money.  They did add their "pet coverage" with the full coverage for "free."  Great gimmic but if your pet is injured or killed in an accident they only pay up to $1,000.00 which we all know is pretty much a broken leg or something minor at the vet's office.  Gift horse, yadda, yadda... I know but they could keep it and lower their damn premium prices.

Anyway, I could drag this out forever but I'm not going to.

To make a long story shorter, I called GEICO.  You know, the company with that sexy little lizard guy? 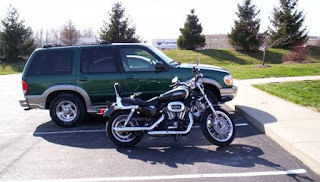 Originally I was going to just get a quote but imagine my surprise when I was able to get over 3 times the coverage across the board on the Truck, add in the other 2 vehicles AND the same coverage on the Harley as the truck for right at $1,000.00 every six months which is NOT bad considering it is for 4 vehicles.  It gave me a warm and fuzzy feeling inside to know that we are still paying for "what if" but can do it at a 4 for 1 price.  It's like getting 3 vehicles covered for free if you compare the two.  Of course I purchased it then called Progressive Insurance and told them to shove it.  I told them they sucked and were lying on their commercials.  (I know they don't care but it did make me feel better!)

Every auto insurance company in the world is running their commercials that they can save you hundreds of dollars a year.  The commercials are great to watch, but unfortunately they aren't always truthful.  Progressive proved to us that they are dirty F'in liars and I don't like dirty F'in liars.  Especially when I'm being forced to buy something because it's law and I HAVE to.  Don't get me wrong, I'd do it anyway to protect anything and everything that we have and that's why we do more than state minimum but I'm a choices kinda person and don't like to be told what I have to do to protect OUR assets.  I could think of much better things to invest $2,000.00 a year in than hand it over to an insurance company. 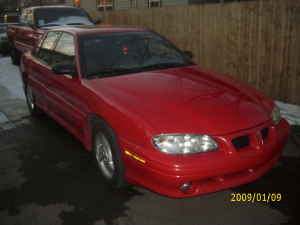 I had Progressive a couple of years ago so this wasn't my first go round with them.  They sucked then too and were charging me over $90 a month for liability insurance.  Granted I was considered "high risk."  Not for an accident or ticket.  But because I had a chain of events that caused me to go broke and not be able to pay for 2 months.  That's right folks!  Let you insurance lapse and you become "high risk" with Progressive.  State minimum liability on a 14 year old car cost me over $90 per month with Progressive.  I stayed with them because when my year was up, the quote I got said the rate was going to be REALLY good.  When my year was up and I called them to reduce the rate, they told me no.  No tickets, no accidents, no claims, no decrease in premium.  So I made a few phone calls and guess what?  GEICO was much cheaper then too when they gave me the quote for $36 a month for the exact same coverage.  It doesn't take a rocket scientist to figure out that in my experience Progressive Insurance has the absolutely WORST rates for automobile insurance.

They are one crappy insurance company.  It makes me wonder how well they handle their claims and try to weasel their way out of paying.  Huh.

Well, I'm getting off my soapbox for a while again.

I hope everyone has a wonderful weekend!

PS: Please don't forget to answer the question of the week!
(Yes, I actually said please this time.)