Democrats, Republicans and the Tea Party

There are two kinds of people in this world.  The ones that really don't care about your problems and the ones who are happy to hear them.  I know which one I am so which one are you?

I love people.  Most of the time anyway.  Sometimes everyone should be extremely happy that I don't have access to "the button."  Because there are some days that I would push the button and then push it again just for the satisfaction of pushing the button to begin with.  Occasionally my faith in humanity is tested.  Today really isn't one of those days but as I get older my tolerance for BS seems to be getting shorter.

Usually topics such as politics and religion are off limits.  Sweets and I have gotten into a few pretty heated conversations about the two.  (It's only natural when you come from two completely different religious backgrounds.)  On politics, surprisingly enough we see pretty close to eye to eye.  But one thing that is a real irritant to me right now is the immaturity level that some people stoop to when they talk about something that they obviously think they know so much about... politics.  (No reference to Sweets intended with this at all!)

I'm only going to say this once.  It's Democrat.  Not Democraps.  It's Republicans.  Not Republicons.  And who ever came up with the totally disgusting replacement name for the Tea Party needs their mouth washed out with soap like a 3 year old saying their first dirty word.  Tea Baggers is absolutely foul and if you don't know what it is, I encourage you to Google it before EVER using it.  People have a bad habit of using phrases that they have heard without knowing what it really means.  And if you know what it means and you use it anyway?  Shame on you for using a phrase for a sex act that is viewed as being so degrading to women.
You see, the thing is that calling people names is what we did on the playground when we were children.  Some people think it makes them sound clever when it reality it makes you sound like a child that is crying because they want a cookie and mommy won't give it to them.
Think about it this way... Say I'm a Democrat and I'm reading your post on a news site about why you disagree with something that the Democrats are doing right this very minute.  You call my beloved party a childish name from the beginning and so what does that do to me?  It instantly pisses me off.  So now I'm reading your post angry right off the bat because of your name calling.  Do you think I'm going to be able to logically process what you wrote?  Probably not because by calling the Democratic party by a childish name you have brought emotion in overdrive into the post.  It will probably be viewed differently without the childish name calling and emotional overload that it brings.
Or, I'll explain it in short, layman's terms:
You can win more people over by explaining with kind words and facts than you can by being a childish dick. 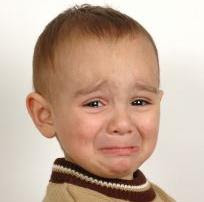 So... next time (if ever) you enter into a political discussion with someone and they drop to those ever famous childish name calling tactics, tell them you are going to give them a bankie, put them to bed and end the conversation but be sure to tell them why.  Don't waste your energy and oxygen because we all know that children can be difficult to reason with.  Allow them to let them live in their own little pathetic, close minded and miserable world.  At least that's what I do... because I'm a #1 in those two types of people in this world.
Just something to ponder.