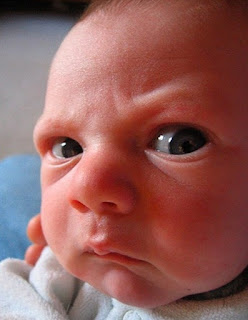 So... I've been doing some thinking this week.  I heard somewhere that it's good for the soul (and your mental health) to cut loose sometimes.  Vent a bit and just let it out.  State the obvious that no one really wants to say or observations, irritants or stupidity that is SCREAMING to be talked about.  I'm not on a mere soapbox here kids.  I'm going to be going off on a tangent.  Screaming from a mountain.  And I'm going to enjoy every freakin' minute of it.

Welcome my friends to Lanie Land.  For me it is my favorite place on Earth.  Better than the circus, although it can be a freak show at times, where it never rains and the cotton candy melts in your mouth like the sugary sweetness that life should be.  It's a place where it's OK to let your freak flag fly... as long as you respect the other flags in the area too.  Its a place with positive energy.  Happiness.  And the never ending silver lining in the storm clouds that occasionally come through.  But those storms make the sunshine just that much more enjoyable... so it's all good.

So my question is, where to start?

How about ice cream since it's so freakin' hot out.  :) 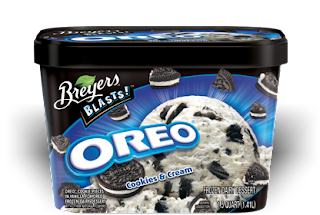 Maybe it's my own misconception or misunderstanding about the contents of your ice cream.  I remember seeing commercials on television with the children trying to pronounce monosodiumglutemate and your company pointing out that only good, natural products were used in your ice cream.  I have religiously eaten your ice cream for years because I'm very conscious of what I eat, the more natural the better. 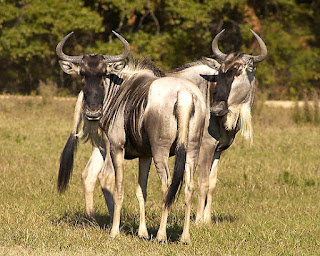 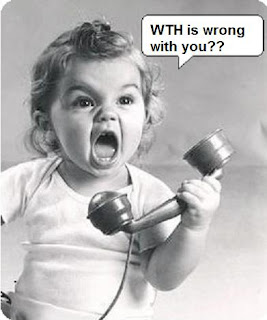 Please change the misleading name of your network.  If I'm not mistaken, TLC stands for the learning channel.  I like learning new things.  In fact, it is a goal of mine to learn something new every day and years ago, your network would help me accomplish that.  Your couponing show is unrealistic and riddled with fraud (Don't deny it because I saw it with my own eyes on the final show.  Those $5 Similac coupons clearly state "ONE PER TRANSACTION" and the individual used quite a few of them in one transaction.")

Hoarders and Toddlers & Tiaras don't teach people anything except for some people are REALLY crazy and child beauty pageants create little bitchy divas.  God help any man that EVER gets involved with any of those kids when they grow up!

Maybe you should call yourselves The Ludicrous Channel or The Looser Channel because this garbage that you air sure as hell isn't teaching anyone anything.  You have seriously become a "reality" television nightmare. 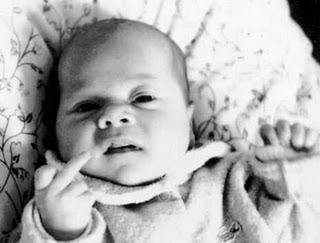 - I hate it when people have their phone number blocked on caller ID.  (I don't even care about caller ID but it came with my cell phone so out of habit I do look before I answer.)  Blocked numbers just go right through me.  I'm only going to say this once, you aren't that fucking special that everyone is scrambling to copy down your number when you call.  Why do people do that anyway?  Is it because people they know won't answer the phone if they know that it's them calling?  I know who's been calling my phone lately with the blocked number but refuse to answer it because blocked numbers piss me off.

Now I don't break my neck to get to the phone when it rings.  (Sweets can verify that one!  LOL!)  If I'm busy, sleeping, in the bathroom, in the shower, downstairs or inside a store where a phone call would an inconvenience, I let it ring through.  It cracks me up to see someone break their freakin' neck to answer their phone every time it makes a noise.  Yes, I know you are loved.  People love me too but they also have the common sense to know that if I don't answer, I'll call them right back.

If I were King of the World, there would be a few freakin' changes around here.

#3.  Any American Citizen caught burning the American Flag will be charged with treason.  It's not freedom of speech and no one will convince me otherwise.  Speech is the formation of words.  Such as when you talk or write.  Fire doesn't talk or write.  At least not anywhere in the sanity side of the psychological spectrum.

#4.  Rude cashiers would be fired immediately.  If you've been reading me for a few posts, you know what I mean with this one.  Don't take it out on me because you hate your job. 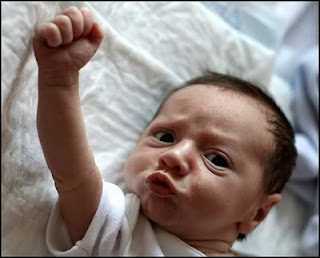 #5.  Everyone who collects that 2 years of Unemployment would be required to do 30 hours a week of community service.  Whether it be picking up trash by the road, helping in a homeless shelter or doing administrative work.  Doesn't matter but it would be required to get your money.  This will help eliminate the problem of people working "under the table" and still collecting unemployment while at the same time, leaving a reasonable amount of time to search for a new job.  (That REALLY irks me!)  And I have a feeling that it would inspire more job hunting on the workers part because so many people honestly think they are too good to pick up trash on the side of the road.  Just think how much cleaner our environment would be.  Maybe customer service would improve and you never know, it may just turn the economy around.  :)  (I'm giving myself an angry baby fist bump on that one.)

Well, I guess that's enough of my bitching for one evening.  I'm climbing off my mountain and then climbing into bed.

Happy Thursday!  (Or Friday... depending on when you read this!)