So Spud got his first taste of being outside by himself yesterday.  I figured he'd bark his head off the entire time but surprisingly, he didn't.  He did voice his displeasure with what was so cruelly being done to him in his own little Spudward way but it wasn't what I expected. 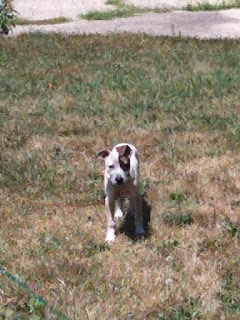 Now, this expression is "Where the hell are you going?  You can't leave me out here by myself!" 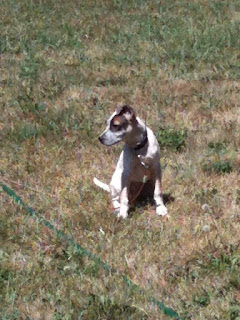 Then we get a slightly perturbed look in addition to his ADD kicking in because a leaf blew across the driveway. 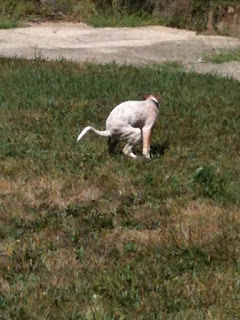 Now this is pure Spud.  Sad thing is... he's dropping a snack for later.  *shudder*

About an hour later, I caved.  I couldn't bear the thought of that poor little 13 week old puppy being outside all by himself so Sophie and I went out and got him to bring him in.  He was pissed.  And hot.  And pissed.  It was all my fault in his primitive little puppy mind.

Since it's nice out and the windows are all open to air out the house, I have a fan going in the living room.  After adjusting it to blow directly on me while sitting at the computer writing on Hub Pages, I notice the change in the airflow in the room. 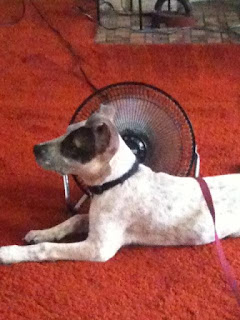 So there he is.  Cooling himself directly in front of my fan.  So I bet you are wondering what the hell he's staring at, right? 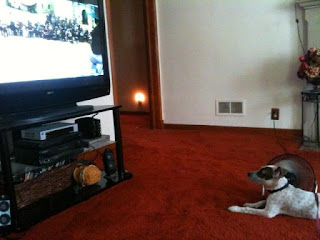 That's right.  He's watching the movie The Alamo with Sweets.

I couldn't make this shit up if I tried.