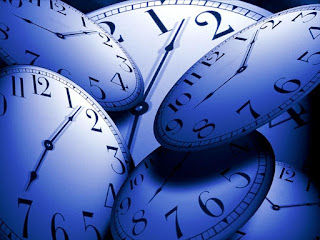 Is it just me or does the fact that Indiana changes their clocks two time a year just completely and totally SUCK?  And who's idea was it to totally screw up two weeks of my life every year with this crap?

It takes about a week to get the body acclimated to the "new" time.  And it really sucks when we supposedly lose an hour in the spring.  Time doesn't change.  We just have to get up an hour earlier than we did the day before.  The sun still shines for the duration on that day that it has for thousands of years previously.  We can't change time.  60 seconds in a minute.  60 minutes in an hour.  24 hours for the Earth to make a complete turn on its axis to complete a day.  I don't care how you manipulate it.  It never really changes.

I've heard different stories that people wanted the time change because it would make it easier for Indianapolis businesses to operate in conjunction with New York and other major cities around the country.  Big flippin deal.  What about those that do business in Indy with LA?  They are what, three hours different than us?  If your business will fail because you can't communicate with a collaborator, distributor, manufacturer, etc. for two hours in a business day, you suck as a business owner plain and simple.  Use the other six hours in your workday productively and it will be ok.  Or change your flippin hours of operation if it is that detrimental to your operation.  It's not rocket science.  People (including myself on some things) are just LAZY and excuse driven.

It's all in what is convenient for others.  Hey, I'm no different because I'm bitching about it only because I don't want to feel like ass for two weeks out of the year while my body adjusts to the "new" time of day.  I'm sure there are a few employees going through the same thing right now in those companies that insisted on this freakin' nonsense.  If I were a multi-millionaire, this damn time change would have never happened.

I remember when I was in the bar business and these time changes happened.  People were so freakin' excited that they were going to be able to drink and party until 4am instead of 3am.  Hey dumbass, it's one night a year and you aren't actually getting any extra time to drink yourself silly.  If you arrive at the bar at midnight, you still only have three actual hours to celebrate your extra hour of drinking.  It's in the spring when you actually get the extra hour.  Although most people feel like they are being jipped on that one.  Stupid is really funny sometimes.

Anyway, I guess the point I'm trying to make here is that the time change blows.  I don't know for sure who paid for this change, but they need to have their payment rammed where the sun doesn't shine.  Oh, and now I hear there's a group of people trying to move Indiana to the Central Timezone.  Oh, won't that be just fucking peachy if they are successful in that one.  *insert eye roll here*

And they wonder why some people are just bat shit crazy.  *pffft!*  Maybe they should do a study on the mental stability of people living in areas that change their clocks twice a year.  It's just a suggestion.

Happy Tuesday my friends!  I hope you are acclimating to this crap better than I am!

PS: In case you were curious, this is where we are in the US with our timezones... 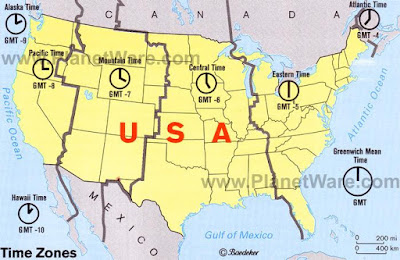