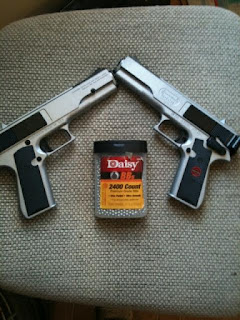 Call it what you will but I'm here to tell you that squirrels suck when you have a garden.  I call the little bastards tree rats because that's exactly what they are.  Their only purpose for being on this planet is as a member of the food chain.  They are destructive, annoying and since the majority of their natural predators (fox, coyotes, hawks, owls and snakes) have been driven out of urban Indianapolis, we are now left with an overabundance of tree rats.  The only predators left in the area for the squirrel are humans and the occasional dog.

I guess another way to explain it is that there are two types of people in this world.  People that love rabbits and people that love squirrels.  I'm a rabbit person myself.

I hate them unless they are on a plate with a side of mashed potatoes and gravy made from the drippings of the pan they were fried in.  That's the only time a squirrel becomes awesome in my book.  I didn't always feel this way about them though.  It's been an evolving hatred that has developed over the past couple of years.

Let's paint the picture here.  This spring I have busted my ass turning soil and putting in a fairly large garden consisting of enough food to last until next year's harvest.  That's a LOT of work folks.  A lot of sunburn, a lot of sore muscles and a lot of missed writing time.  It pisses me off to walk out to that garden and find a watermelon plant dug up along with evidence of the species that did it.  Last year they helped themselves to our corn by literally climbing the stalks.  I busted my ass to feed us.  Not to feed a freakin' squirrel.

They have taken a liking to coming up on my side porch looking for food.  I accidentally left a container of black oil sunflower seeds on the porch a couple of weeks ago so I guess they think I'm trying to feed them and they keep coming back.  Trust me, they don't want the food I would love to feed them.

Another problem I have with them is their insistent teasing of my dogs when they are outside.  I've kept them in the majority of the time for the past few days but since I am now prepared for tree rat removal from my property, tomorrow will be business as usual.  Sophie and Spuddy bark at them.  The tree rat will sit just outside of reach and flick it's tail at the dogs while they go bat shit crazy barking at the furry little annoyance.

This is a problem that is easily solved by a few changes along with an alternative possibility that I'll only use if I have to.

#1.  Moving the dog tie outs so when the furry little bastard believes that it is just outside of reach, it will be sadly mistaken.  Sophie has killed more than one opossum that I'm aware of in her lifetime so a squirrel will be nothing for her take care of if she catches it.  I'm not 100% sure what Spuddy would do but I'm guessing he'd at least give it a good shaking.

#2.  Since it is against the law to discharge a firearm in Marion County, I have dug out my old pellet guns and some "ammo" that I purchased years ago for a Laura Croft Halloween costume.  They work, I test shot them to make sure.  Now what will happen is that when the furry little bastards come across the property line and I see it, it will become an extremely painful experience for them.  I've gotten as close as three feet from one before it has taken off.  It almost doesn't seem fair to the tree rat to be shot with a pellet gun at that close range but that's exactly what's going to happen.  I doubt there's enough power behind these pellet guns to kill one but I do know it will hurt like a bitch and the squirrel will never forget it.

#3.  Using cayenne pepper and moth balls in the yard and my garden.  This is a natural, non-chemical way of keeping unwanted animals at bay.  The cayenne pepper has to be reapplied when it rains but it's worth it because of what it ultimately does.

#4.  They like to run across the utility lines that go over the circle part of the yard so I will be getting PVC pipe, cutting a slit down the length of the pipe and putting it on at least the bottom line (it isn't electrical, it's cable and phone lines so it's safe).  This means the next time one of them decides to come across the lines, it will take a tumble to the ground.  This is a recommended defense tactic from DNR's website that I kinda like in addition to wrapping slick metal around trees and poles so they can't climb them.

#5.  I know that some people will be horrified with what I'm doing and in all reality, I don't give a shit what they think.  Stop feeding the rodents and they will move on.  According to DNR's website, legally I could do a LOT more by setting traps that will catch them alive or large rat traps that will kill them immediately on my property and then "humanely" dispose of the animal.  In the state of Indiana you don't need a permit to do it on your own property either.  I don't want to go there right off the bat but I will if I have to in order to protect my property and my hard work and as long as I keep it legal and follow the rules like I always do (because I check before I do something that is viewed as being unconventional) then the problem will be taken care of.

Once the tree rats learn to stay out of my yard, life will once again become a whole lot easier.  Spuddy and Sophie will not bark all freakin' day and my garden will be able to grow without any interference.  I like harmony and balance but unfortunately these little furry bastards THINK they have taken over.  Not for long.  I can take a lot of shit folks because I'm an accommodating person to a fault but everyone has their breaking point, even me.  Once I've had enough, the BS stops because I make it stop.  And I've seriously had enough.

It's going to be a great one.